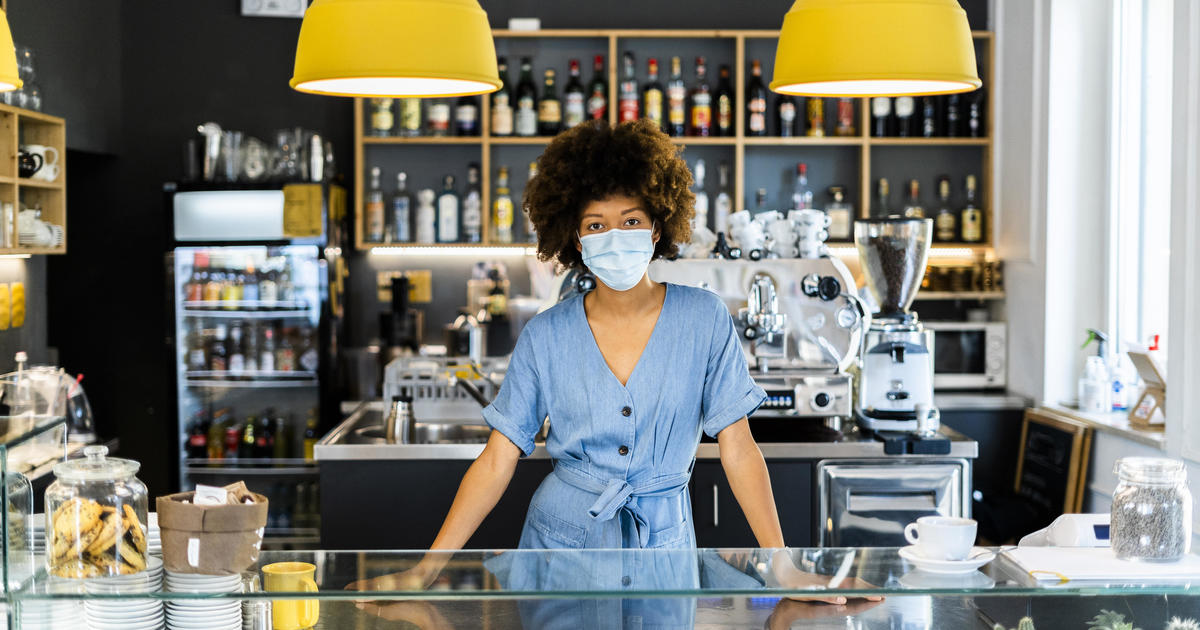 A third of small business owners across the U.S. have voluntarily reinstated pandemic restrictions during the latest surge in COVID-19 cases, new data show.

That’s a big change from as early as May, when 85% of small businesses were fully open, as infections subsided and government-mandated rules for businesses lifted. But by August that figure had dropped to 63%, according to a survey by Kabbage, a small business lender owned by American Express.

Among the safety measures employers have reinstituted, as the Delta variant spreads, are the limiting of customer capacity as well as the requirement that both workers and patrons be vaccinated.

But those steps can create tensions for businesses, Kathryn Petralia, co-founder of Kabbage, told CBS MoneyWatch.

“Businesses would like for somebody else to make a decision about this. As a business, it’s hard to impose restrictions and be the only one suggesting that people do something they don’t want to do,” she said. “More federal- and state-level mandates have emboldened and reinforced business owners’ desire to protect themselves, their employees and customers.”

Between July and August, Kabbage polled 550 small business leaders across the retail, health care, financial services, technology, food and other sectors. Some 35% of small business owners said they would require proof of vaccination for customers wishing to unmask.

But owners of the smallest firms — those with fewer than 20 employees — were the least likely to adopt and enforce such a requirement, presumably to avoid conflict with customers or the extra cost of requiring the vaccine by employees.

“Smaller businesses are the the most vulnerable and have fewer expectations that customers and employees will be vaccinated because restrictions are hard to impose,” Petralia said.

A year and a half into the pandemic, another ongoing challenge for small businesses: finding workers. Nearly a third of small business leaders say they are having difficulty filling open roles, up from 28% in May, Kabbage found.

Other business owners say it’s hard to ramp back up because they are caring for their own family members, including young children and older parents.

“Smaller small-businesses continue to struggle. This is a tale of two recoveries, with businesses in good industries and geographies faring much better than others,” Petralia said.