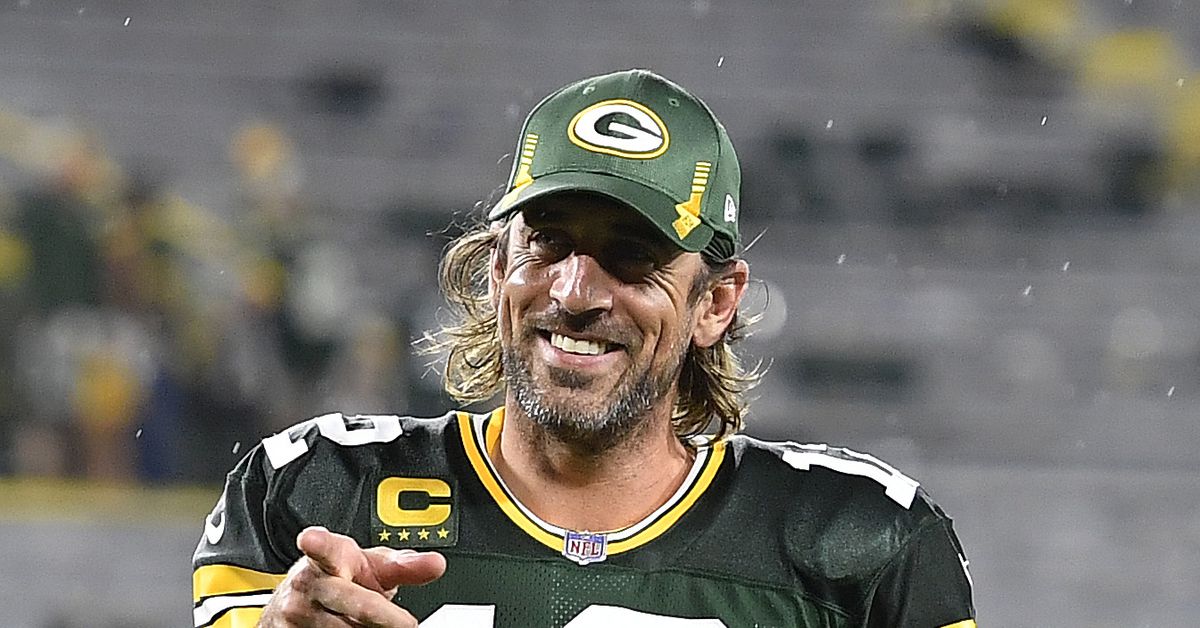 As America felt the impact of the coronavirus pandemic starting in early 2020, many small businesses faced a unifying problem: having enough cash on hand to keep the doors open and the lights on. In a time of need, Green Bay Packers quarterback Aaron Rodgers stepped up to the plate to serve his local community of Chico, Calif., in a partnership with the North Valley Community Foundation, which serves four counties in northern California.

Establishing a program tabbed the “Aaron Rodgers Small-Business Covid-19 Fund,” two rounds of grants generated $1.5 million for the foundation to distribute, with $1.2 million coming from Rodgers himself. A quarter-million was raised during his two-week stint as the host of “Jeopardy!” during this past offseason.

Rodgers’ work with the NVCF did not begin as a response to the coronavirus pandemic, but the wildfires that impacted his community in 2018. Beyond donating to his former high school and junior college in Butte County, Rodgers donated $1 million to the NVCF to be used for relief following the Camp Fire that severely impacted northern California. To this date, his pinned tweet on his Twitter account is a call to action to raise money for the foundation through a tweet-for-donation match with State Farm, one of his main sponsors.

When asked how Rodgers has impacted the organization, the NVCF made the following statement to SB Nation:

“Football fans across the country know Aaron for his arm. Here in his hometown, we know him for his heart. Aaron has always invested in his community but he went all in after the Camp Fire devastated the region in 2018. Aaron has donated and raised millions to help our area recover from the deadliest and most destructive wildfire in California history.

Aaron helps without being asked. If our area is hurting, he wants to help. He reaches out to ask what he can do. When COVID-19 hit our nation, Aaron thought of his hometown. He thought of kids and at-risk individuals who weren’t getting fed. He helped there. He worried about small businesses that are the heartbeat of our town and how they were in danger of going under. He led up an effort to mobilize $1.5 million for small businesses here.

These are all his ideas and his initiative. We are fortunate beyond belief. It has been difficult here the past three years. I can’t imagine where we would be without Aaron’s heart.”

The most revealing assertion of the impact that Rodgers has made in northern California does not come from the NVCF directly, but the people who received the relief that Rodgers provided. In a video made for the NVCF’s YouTube page, Michelle and Gentry Power, owners of the cafe Bidwell Park, describe how the funds they received came at a point where they were questioning if they would be able to stay afloat, despite qualifying for the government’s paycheck protection program. With tears in her eyes, Michell stated, “We were able to take a few months of not worrying about where rent was coming from. Our money was earmarked for rent and it was a relief.”

Similarly, another video featuring Jesus Plascencia and Jessica Plasencia, owners of the Mexican restaurant Pueblito, describes how close to the brink many businesses came to during this time. Jesus described how after six to seven months of slow work, Jessica laid out how much the business had lost over the last year, leading the couple to wonder how much deeper they could dive into their savings to keep their doors open. Jesus said the grant they received “pretty much gave us a second chance to motivate us to keep going and not give up.”

The foundation was able to capture a video call of the Plascencias first meeting with Rodgers, giving them the opportunity to tell their story to Rodgers in real-time. In a response to being told that Pueblito would have three months of rent, utilities, and payroll covered, Jesus stated, “You’re what Chico’s all about.”

Given the chance to speak on his perspective of the situation, Rodgers said, “We need to help out. We need to make sure all our favorite spots and our people are around when things get back to normal.”