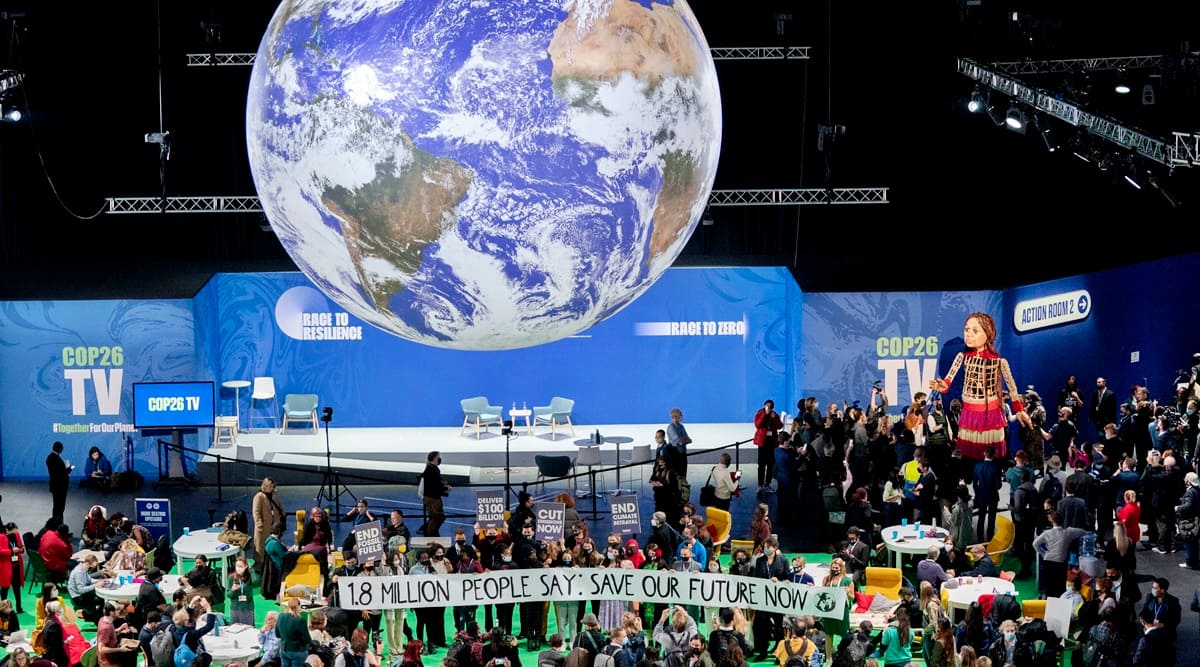 While developed countries have failed to put together even the $100 billion per year in climate financing as promised, African nations and some other developing countries, including India, have put a figure on the enhanced flow of finance that the developed world must deliver in the coming years — at least $1.3 trillion per year from 2030.

A group of 24 nations that call themselves Like Minded Developing Countries (LMDCs), as well as countries from Africa, on Monday evening put forward this demand in a proposal for enhanced finance flows that they are pushing for inclusion in the final decisions that will be agreed at the climate conference in Glasgow.

India is part of the LMDC grouping along with China, Indonesia, Malaysia, Iran, Bangladesh, Sri Lanka, the Philippines and others.

In their proposal, these countries have said that developed countries, which are obligated to provide financial resources to the developing world to help in dealing with climate change, must be asked to “mobilise jointly at least $1.3 trillion per year by 2030”.

They said that at least half of this amount must be earmarked for adaptation requirements, which is of particular concern to the developing and the most vulnerable countries.

The proposal also says that a “significant percentage” of enhanced climate finance, not less than $100 billion of the at least $1.3 trillion figure, should be in the form of grants.

These countries have argued that this new sum of money is essential to keep alive the hopes of preventing a global rise in temperatures beyond 1.5 degrees Celsius from pre-industrial levels. At least $700 billion per year is required in Africa alone, these countries said.

The developing countries have also demanded that climate finance must be clearly defined, so that it is not mixed up with other kinds of existing financial flows. The Paris Agreement says climate finance being mobilised by the developed countries must be new and additional, as was once again emphasised by India in one of the meetings on Tuesday.

“The resources mobilised must be new and additional, climate specific with emphasis on public finance. Considering the importance of adaptation for developing countries, the resource flow should be equally available for mitigation and adaptation,” India said, adding that it hoped that the proposal put forward by LMDCs and African group would be considered in a “meaningful manner”.

Meanwhile, US$ 232 million were pledged on Tuesday for the Adaptation Fund, which is meant to finance adaptation projects in developing countries. If this materializes, it would be the highest amount of money ever flowing into the Adaptation Fund.

Also on Tuesday, new funding worth US$ 413 million was announced specifically for the Least Developed Countries (LDCs), which also happen to be the most vulnerable to climate impacts. The funding pledges were made by a group of 12 donors including the United States.

COP (short for Conference of Parties, the official name of these year-end two-week meetings) President Alok Sharma said it was also time to convert the pledges into deliveries so that the world developed confidence in the process.

Sharma said some progress on several aspects of the negotiations was made on Monday evening and Tuesday morning, and the first draft of final decision agreement might be expected to be out by Wednesday morning.

“The time has now come to find political consensus on the areas of divergence, and we have only a few days left… We are making progress at COP26 but we still have a mountain to climb over the next few days,” he said.