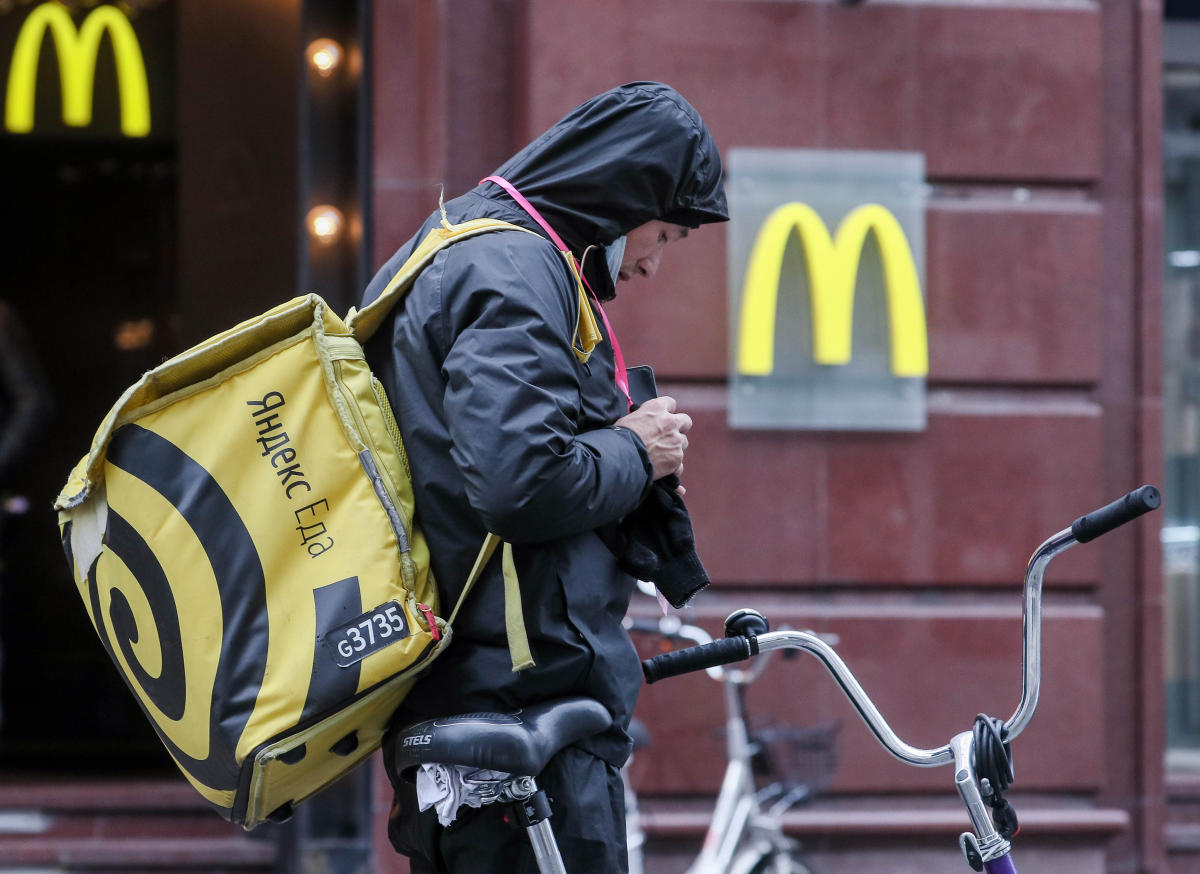 America’s fast-food giants have a lot on the line amid the escalating situation between Russia, Ukraine and the rest of the world.

That’s in large part because Western fast-food players have expanded significantly into Russia with their cheap burgers and fried chicken over the past 20 years. By Yahoo Finance’s calculations, McDonald’s, Papa John’s, KFC, Pizza Hut, Burger King and Starbucks operate about 2,700 restaurants in Russia.

The two largest players are McDonald’s and Yum! Brands’ KFC — with a total of roughly 1,900 locations.

It’s unclear if Russia will move to shutter these U.S. born fast-food spots as the West deploys sanctions to penalize the country for its invasion of Ukraine.

But, executives in the industry are moving quickly to tamp down any concerns among investors of potential lost business.

“I guess my only rationale is that there is some concern that these actions today [invasion] will have an impact on our company and what I can tell you is that we don’t see it that way. One of the great things about being in the food business as is that through good times and bad usually the business is pretty stable. We are very, we are globally diverse company. We operate in 50 countries,” Papa John’s CEO Rob Lynch said on an earnings call Thursday.

Lynch was responding to a question on the sharp reaction in Papa John’s stock following the company’s solid earnings report earlier in the day. Papa John’s operates 186 stores in Russia, per its latest annual report.

At the same time, the fast-food industry is warning investors that the heated geopolitical tensions between Russia and Ukraine could impact future business results overall. It’s just a matter of investors doing their due diligence on the companies to understand the exposures.

“Escalating tensions between Russia and Ukraine and any potential military incursion of Russia into Ukraine could adversely impact macroeconomic conditions, give rise to regional instability and result in heightened economic sanctions from the U.S. and the international community in a manner that adversely affects us and our Concepts’ restaurants located in Russia and Eastern Europe, including to the extent that any such sanctions restrict our ability in this region to conduct business with certain suppliers or vendors, and/or to utilize the banking system and repatriate cash,” said Yum! Brands in its just released annual report.

“The conflict between Russia and Ukraine could adversely impact economic conditions and demand for dining out as well as result in heightened economic sanctions from the U.S., Canada and other countries in a manner that may adversely affect us and our franchisee’s restaurants located in Russia and Eastern Europe,” the report stated.

Burger King has more than 550 sites in Russia.

The concern on fast-food’s exposure to Russia — and an inflationary environment in the U.S. that is crimping profits — is being reflected in the stock prices.

The S&P Restaurant Index has tanked 15% since hitting a 52-week high on Dec. 31. Shares of McDonald’s, Restaurant Brands and Yum! Brands are down 10% on average year-to-date, per Yahoo Finance Plus data analysis.

McDonald’s is the worst-performing food stock in the Dow Jones Industrial Average — shares are down 8% year-to-date, compared to a 4% gain for Coca-Cola.

Brian Sozzi is an editor-at-large and anchor at Yahoo Finance. Follow Sozzi on Twitter @BrianSozzi and on LinkedIn.