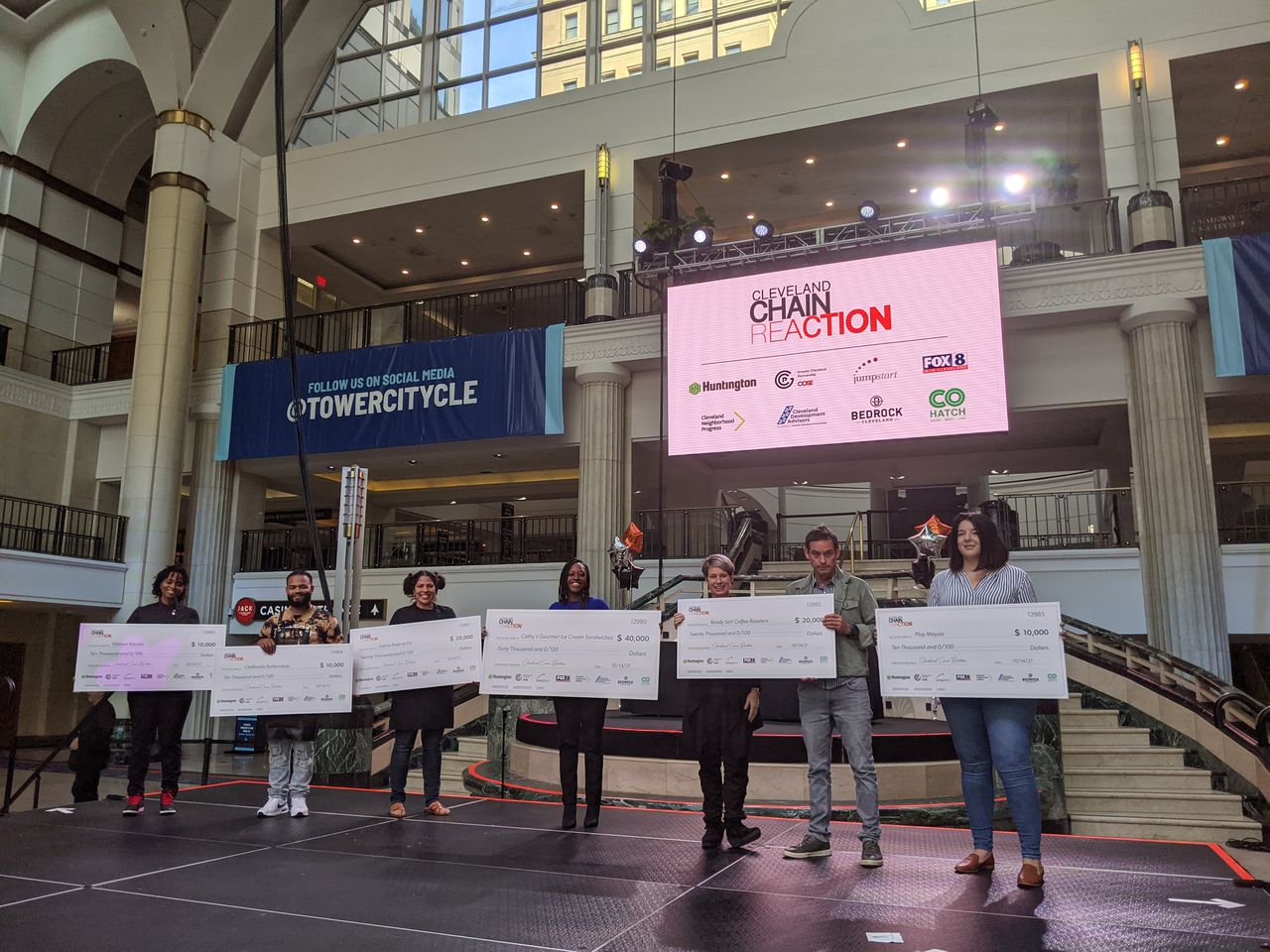 Cathy’s Gourmet Ice Cream Sandwiches, which has locations near Public Square in downtown Cleveland and in Atlanta, Georgia, took home the grand prize of $40,000, according to a news release.

Three businesses received third-place prizes of $10,000. They were CityBreaks Barbershop, which has locations in Cleveland, Parma and Middleburg Heights; Play Maysie of Cleveland; and Vitamin Kandie in Cleveland.

“It has been an absolutely inspiring and energizing experience to watch these entrepreneurs grow over the last twelve weeks as a part of the Cleveland Chain Reaction program,” Megan Kim, the executive director of the Greater Cleveland Partnership’s small business division Council of Smaller Enterprises, said in the news release. “These owners have passion, grit, and a drive to succeed – and I am certain each and every one of them will do amazing things within the city of Cleveland.”

Women’s clothing store Styles of Imagination, CityBreaks Barbershop and Play Maysie, a company that makes portable dollhouses, also were awarded a combined 21 months of tenancy at Tower City Center by Bedrock. The stores will open in the coming months, the release says.

Ivy Greaner, chief operating officer of Bedrock, said partnering with the competition has helped the company see the wide range of entrepreneurial talent in Cleveland.

“CityBreaks Barbershop, Play Maysie and Styles of Imagination had that extra something special that we believe to be an ideal fit for the destination marketplace atmosphere we are developing in one of downtown Cleveland’s busiest locations,” she said in the release.

Coco’s Chalky Powder and The Home Pantry, two semifinalists, also received some benefits from Alan Glazen and Kathy Futey, who were part of the 2016 Cleveland Hustles series on CNBC that helped inspire the competition. Both of them offered to help the businesses with any resources they’d need to achieve their goals, the release says.

The competition included businesses from a variety of areas, including food and hard goods manufacturing, as well as technology and healthcare. Semifinalists were chosen because of their potential growth and impact on jobs and investment within the city.