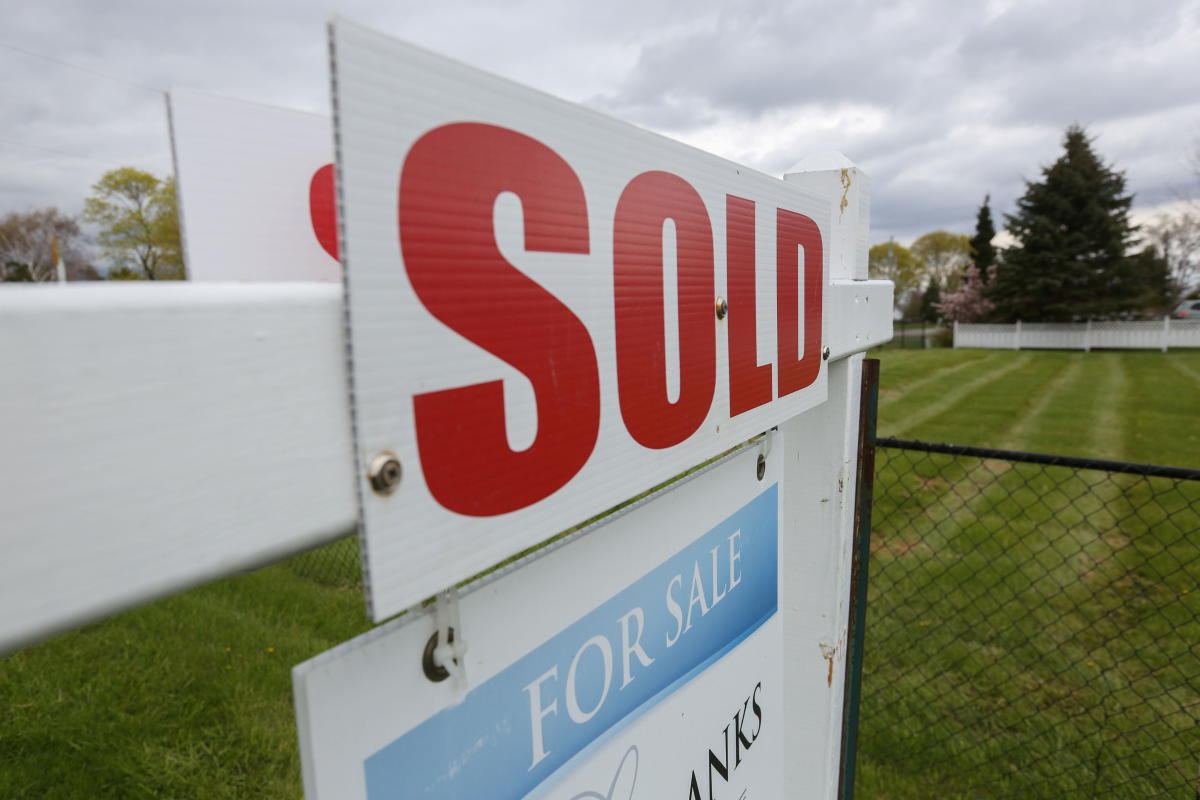 It’s been a frustrating pandemic-long journey for house seekers like Adan Martinez. He’s been hoping to buy his first home near Harlingen, Texas, with a budget of $200,000.

“There were several homes I was interested in but waited off on, $180K and $215K, respectfully. But mid-year last year, prices on them jumped to well over $50K-80K,” Martinez told Yahoo Finance.

The rush to find a home is now greater than ever. Home prices keep rising — as mortgage rates inch higher.

“[I’m] definitely feeling a sense of urgency to buy and take advantage of lower interest rates. But as is the case when the rates are high, many homes will be available, but way out of my budget,” he said.

Adding to the pressure, house hunters are seeing far fewer options compared to last year. Pending home sales, which measure contracts on residencies set to close, were down far more than expected in December, amid acute tight inventory.

‘I’m never selling my place. I’m keeping it for my family’

The secondary and vacation property areas are just as competitive, even as rates tick higher. Jocie Jandovitz, a realtor based out of Naples, Florida, says homes are flying off the shelves for well over regular market value.

“I would say probably 90% of our transactions, particularly right now are cash,” Jandovitz told Yahoo Finance. “They might get a loan, but they don’t care really what the rates are going be.”

The real-estate agent estimates supply in the area is at roughly 25% of normal levels. Potential sellers are sometimes reluctant to list for fear of not finding another property.

High inflation is also making home owners think twice about selling. Jandovitz says some of them insist, “I’m never selling my place. I’m keeping it for my family.”

“People feel like they have a really strong asset that they don’t want to let go of — and that they’d like to keep, to see where it goes. They feel like it’s valuable,” she adds.

Throughout much of last year, builders ran into supply-chain bottlenecks on everything from front doors to windows, roofs and tiles. Those issues contributed to delays in the completion of new homes.

“The builders have been battling like whack-a- mole forever, it feels like,” said David O’Reilly, CEO at The Howard Hughes Corporation (HHC), the largest developer of master plan communities in the U.S.

On the bright side, supply chain challenges appear to be easing somewhat. December’s starts data showing housing completions were up 22% month over month, to about 96,000 a month, points out O’Reilly.

“That’s the first time in 18 months, we’ve been over 80,000. So If home builders are completing homes at what is a breakneck pace … they’re starting to figure out those supply chain issues,” he added.

He points out the bigger challenge is the ability for builders to get their hands on vacant developed lots. When the pandemic hit, land developers thought there would be a housing slowdown as the country went into lockdown mode. They initially put the breaks on their efforts to develop lots. Reversing that hiatus has been riddled with delays.

“I think that’s the bigger constraint,” said O’Reilly. “Permitting has been delayed because government agencies have been reluctant to bring workers back or when they have, they’ve been at part staff. There’s been some meaningful weather delays in some areas of the country like Florida and Houston that had very wet summers last year,” he said.

“I think it’s going take about two years to close that gap so that builders can get access to those vacant developed lots to keep up with their incoming orders,” added O’Reilly.

‘I should have bought what was available then’

The value of the entire residential real estate market in the US jumped by almost $7 trillion 2021, by far the largest growth of any given year, according to research by Zillow.

The housing market is now worth $43.4 trillion – more than double from a decade ago, since the post-Great Recession lows.

Fannie Mae forecasts home prices will rise another 7%-8% in 2022. That’s one of the more conservative estimates. Last quarter, Goldman Sachs predicted home prices will grow another 16% by the end of this year.

The pandemic has proven that hindsight is 20/20 for those still searching for a house, like Martinez.

“I should have bought what was available then. Waited for something better, but along with that came better selling prices for the sellers.”