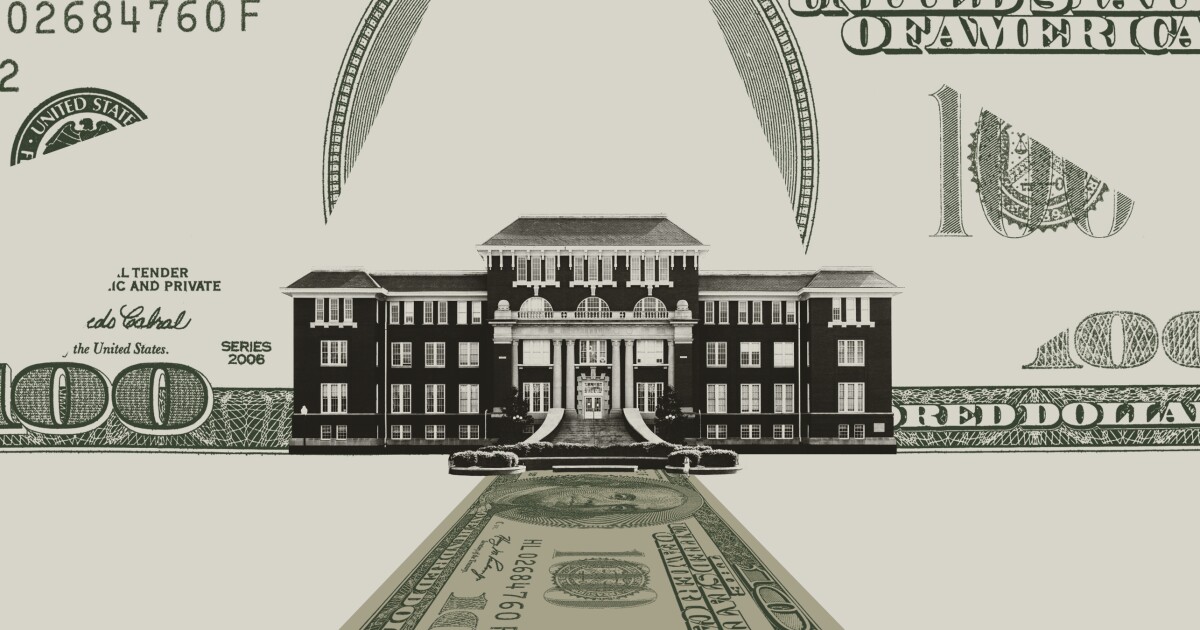 s the pandemic drags toward a third year, the financial outlook for American higher education has continued to shift. The industry was in all-out panic mode in March 2020, when physical campuses were quickly shuttered and colleges had to switch to emergency remote learning. At that point, liquidity was key as colleges faced giving refunds to students and an unknown financial landscape.

I wrote a Chronicle essay back in July 2020 titled “This Will Be One of the Worst Months in the History of Higher Education.” In that essay, I shared my fears that colleges would slash budgets, declare financial exigency, and even close as a result of having fewer students on campus and more expenses. The budget-slashing prognostication turned out to hold true, as colleges employed 13 percent fewer workers between February and December 2020. Yet closures were largely averted due to timely federal support and a dogged persistence to operate in-person classes that was often driven by political preferences.

In the last year and a half, the yawning divides between the haves and have-nots in both American society and American higher education have continued to grow. Flagship public universities and wealthy private colleges experienced record numbers of student applications and strong endowment returns, while the rest of higher education has suffered enrollment declines and has at most modest endowments.

Looking ahead to the next year or two is a risky endeavor given the current state of the pandemic, an unpredictable political climate, and growing concerns about inflation. But unless there are major unexpected events, three factors are likely to affect colleges’ finances going forward.

A strong economy. At the beginning of the pandemic, pretty much everyone (myself included) expected college enrollment to increase as soon as in-person classes resumed. This was because conventional wisdom expected a deep recession, and enrollment among older students in particular increases during recessions. However, the recession was extremely short-lived and the labor market roared back quickly. After decades of stagnant wages for those in lower-paid jobs, these workers have enjoyed large pay raises because of declining labor-force participation.

Rising wages across the economy will continue to lead potential students to work instead of going to college.

The strong economy is great news for hard-working Americans, but it presents a challenge to community colleges and other broad-access institutions as people choose work over college. Throw in a lack of available child care, frequent disruptions to school schedules, and the fact that the pandemic is far from over, and it is not a surprise that college enrollment as a whole continues to decline.

Although I am optimistic that the pandemic will become less severe in coming months (and am beyond excited that little ones may be able to get vaccinated soon), two of the factors limiting enrollment will remain. Child care will very likely still be an issue because of a lack of employees to staff centers, and this will limit the ability of some parents to attend college. Child-care employment fell by 20 percent during 2020, and a tight labor market makes it challenging to rehire staff at a price that families can afford. Additionally, rising wages across the economy will continue to lead potential students to work instead of going to college.

Enrollment challenges will continue to affect colleges that disproportionately serve Black, Hispanic, low-income, and older students. Meanwhile, the two groups of institutions that fared the best during the first two years of the pandemic will continue to thrive. Driven by enormous investment returns, private colleges like Bowdoin and Northwestern are in their best financial state in history. Flagship public universities such as Oregon and Tennessee set enrollment records and also saw large investment returns. This growing divide in resources gives a group of about 150 to 200 institutions the opportunity to aggressively hire top faculty and staff, while much of the rest of higher education works to avoid layoffs.

How states decide to allocate funding. State budgets were in chaos during the beginning of the pandemic but quickly stabilized thanks to federal support and stronger-than-expected tax revenues. As a result, most states avoided large cuts in fiscal year 2021 and were able to provide an 8.5 percent increase in state support for higher education in fiscal year 2022. The early signs for fiscal year 2023, which begins in July in most states, are promising. This has the potential to help reduce the effects of decreased enrollment at many community colleges and regional public universities.

But with memories of 2020 fresh in the minds of many policy makers, states are hesitant to make large commitments to permanently increase higher-education funding. Instead, they are proposing large pools of one-time funding to support capital projects, tackle deferred maintenance, or provide bonuses for employees instead of base salary increases. For example, Tennessee’s Republican governor proposed $1.2 billion in capital funding, including $250 million in facilities support for Tennessee State University. This would partially make up for a long history of underfunding the historically Black university, but it comes with no guarantee of recurring support.

While the funding picture for public colleges and universities is generally good for now, that could change in the next few years. Another year of strong state tax revenues may lead states to rethink their spending priorities. Conservative states are likely to consider tax cuts, which will permanently reduce state general-fund revenues and constrain future higher-education spending. Liberal states might not cut taxes, but they may choose to increase spending on elementary and secondary education, health care, or other priorities that could squeeze higher education in the future.

Inflation. For people under 40, inflation had been a concept better suited for the history books than everyday reality. Then 2021 happened, and the Consumer Price Index rose at a clip of 7 percent. This level of inflation scrambles everyone’s thinking, with significant implications for higher education. Virginia Tech imposed a rare $200 midyear increase in student meal plans to help cover rising wages and food costs, and it left students scrambling to come up with the additional funds.

Faculty, staff, and student employees generally expect raises in line with inflation in order to avoid a loss of purchasing power. An inflation rate of 7 percent means that employees are looking for a 7-percent increase in pay, and that money has to come from somewhere. Public colleges benefit from increased state funding, but those increases will not fully cover inflation in many states. The small number of colleges with large endowments can use a portion of those funds to cover increased salaries.

An inflation rate of 7 percent means that employees are looking for a 7-percent increase in pay.

The other main revenue source for colleges is student tuition. Tuition increases have slowed across the board in recent years as a result of concerns about rising student debt, questions about the value of higher education, and limits imposed by state legislatures or higher-education agencies. In a period of weak demand for higher education, it is hard to expect that most colleges will be able to increase tuition by a sizable amount unless it is fully offset by increases in financial aid. This means that most colleges’ budgets will be squeezed as increases in expenses outpace increases in revenues.

A final consideration regarding inflation is that interest rates are likely to rise considerably in the near future. Higher interest rates translate into higher borrowing costs for colleges looking to issue bonds to finance construction projects. This further reduces colleges’ financial flexibility and may force some to scale back or postpone plans.

The financial picture of much of higher education looks better today than could have been expected at the beginning of the pandemic. But many colleges still face significant financial headwinds that will lead them to make difficult decisions in coming years.