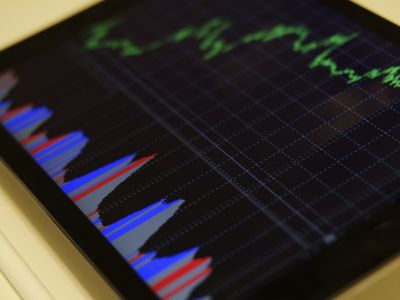 Becoming a CFO of a top health system takes years of experience in the healthcare finance industry. Below are brief biographies of the CFOs at the hospitals that took the top 10 spots in U.S. News & World Report’s 2021-22 best hospital rankings.

1. Dennis Dahlen, Mayo Clinic (Rochester, Minn.)
Mr. Dahlen has been with Mayo Clinic since 2017. He previously worked at Phoenix-based Banner Health for more than 33 years and served as the senior vice president and CFO. He earned his master’s in business administration and management at Minnesota State University Moorhead and his bachelor’s in accounting and finance from the University of North Dakota.

2. Steven Glass, Cleveland Clinic
Mr. Glass joined Cleveland Clinic in 2002 originally as controller and chief accounting officer, for which he served until 2005. Before coming to Cleveland Clinic, he was vice president of finance at Columbia, Md.-based MedStar Health. He earned his bachelor’s in accounting at Towson University in Maryland and is a member of the American Institute of Certified Accountants and the Ohio Society of Certified Public Accountants. He is also on the board of the Ohio Hospital Association.

3. Tammy Wallace, UCLA Hospital System (Los Angeles)
Ms. Wallace joined the system in 2019 and oversees the finances of the $3.1 billion hospital system. Prior to coming to UCLA, she worked at UCSF Medical Center as CFO and vice president of finance. She earned her bachelor’s in business administration and accounting and her master’s in accounting at the University of Texas at Arlington.

7. David Wrigley, Cedars-Sinai (Los Angeles)
Mr. Wrigley came to Cedars-Sinai in 2014 as vice president of finance. He also serves as senior vice president of finance. He is in charge of accounting, internal and external reporting and revenue cycle. He previously served in leadership positions at Presence Health and was manager of healthcare practice at KPMG, an accounting firm.

8. Daniel Widawsky, NYU Langone (New York City)
Mr. Widawsky is also the executive vice president and vice dean of the health system. He is in charge of the hospital and medical school finance departments. He joined the organization in 2018. He has experience in tax law, city government and investment management. He previously worked as the director of investment and management firm EFO Capital Management.

9. Raju Iyer, UCSF Health Medical Center (San Francisco)
Mr. Iyer is also the senior vice president and is in charge of financial strategies at the health system, which has an annual revenue of more than $5 billion. He has more than 18 years of experience in healthcare finance and came to UCSF in 2018. Before his current position, he was regional CFO for Providence St. Joseph Health.

10. John Orsini, Northwestern Memorial HealthCare (Chicago)
Mr. Orsini is also senior vice president of the health system and has more than 30 years of experience in healthcare finance. He took over as CFO after the system’s merger with Cadence Health, of which he was executive vice president and CFO. Before Cadence, he was CFO of Presence Health in Chicago.