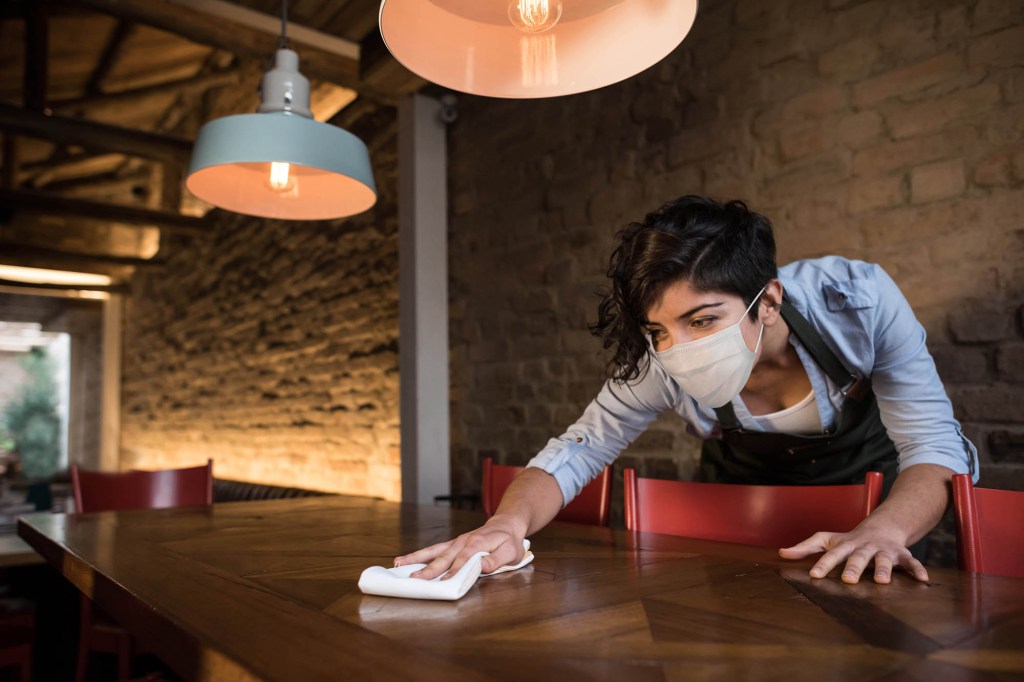 Everything from an employee’s sneeze to a tourist’s vaccination papers are now under the watchful eye of the government thanks to a pair of new COVID-19 mandates, one from City Hall and another from Albany.

“We are finished,” one longtime Manhattan business operator told The Post, while lamenting both mandates and the “army of morons” enforcing the city’s vaccine protocols.

“They just want to crush the hell out of small businesses. These are sick people.”

The city’s well-publicized vaccine mandate, which went into effect Monday, has deputized “thousands” of public employees to roam the city as COVID cops and issue fines of up to $5,000.

The HERO (Health and Essential Rights) Act was passed into law in May, but became effective on Sept. 6, when Gov. Hochul declared COVID an airborne infectious disease.

The act micromanages the smallest details of business hygiene, including “sneezing etiquette” and “shaking out soiled laundry,” and empowers workers to sue their employers for up to $20,000 for minor infractions.

“This is another feel-good business mandate with little impact on COVID that some will follow, some will ignore, but all will be subject to a fresh round of violations and lawsuits,” City Councilman Joe Borelli (R-Staten Island), told The Post.

The state Department of Labor confirmed to The Post that the law applies only to private business, and that government agencies, including schools, universities and public employers, are exempt.

The city’s COVID vaccine mandate, meanwhile, has drawn backlash from the public employee unions whose members are now charged with the chore of barging into businesses to demand vaccine mandate compliance.

“We already get so many complaints from communities who already don’t feel safe, so the last thing we need to do is get pulled away from parks to inspect private businesses.”

These new COVID cops are charged with observing “the business interaction with the customer,” including asking for “proof of identity to match proof of vaccine.” The inspectors would issue warnings and violations for lack of compliance, according to the city’s 18-page enforcement training presentation obtained by The Post.

“Staying flexible is part of the job of being a public servant and these agencies are ready for that,” a mayoral spokesperson told The Post. “It’s not that hard and it doesn’t require any kind of specialized background to do it right. We’re 100 percent confident in everyone’s ability to do this effectively.”

Danny DePamphlis, who operates longtime Hell’s Kitchen landmark Rudy’s Bar, says he’s vaccinated, encourages friends and neighbors to do the same, and is enforcing the mandate. But he says city and state leaders continue to “unfairly target” the bar and restaurant industry in the battle against COVID.

He cites the state’s own report last year which found only 1.4 percent of COVID transmissions were traced to bars and restaurants, while 74 percent were traced to the home. Other states reported similar findings.