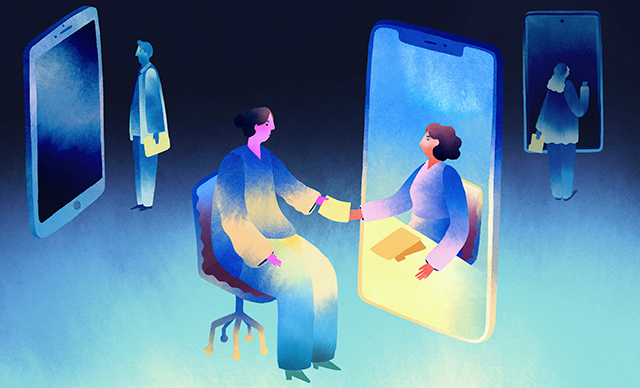 In some parts of the country, there are more federal government finance jobs than candidates. That’s led to more openness to remote-work arrangements, especially after the COVID-19 pandemic showed it could be done.

Some cities with the greatest supply of government accounting and finance talent — Dallas, Boston, Los Angeles, and San Francisco — aren’t major centers of recruiting for federal finance jobs. As a result, places that do have lots of federal finance jobs may have trouble hiring. More than 80% of the federal government works outside Washington, D.C., said Mallory Barg Bulman, director in the Gartner Finance practice.

“Federal agencies, or any company for that matter, do not only need to look for talent in their backyard,” Barg Bulman said. “[They] really can recruit from a wider pool of individuals that gives them access to the best talent. It also enables more diverse hiring.”

Remote work has been allowed for some federal jobs for a decade, or longer in some cases, but Barg Bulman said legislation doesn’t necessarily change culture. After a year in which many people worked virtually, however, government finance leaders may be willing to embrace remote hiring, she said.

“What COVID has done that no [legislation] could do is demystify telework a little bit and really show managers that they can have accountability for their staff’s work and positive outcomes even if people are not in the physical workplace,” she said.

Employment practices are changing for some state agencies, too.

At the Office of the Tennessee Comptroller of the Treasury, a new, post-pandemic policy allows auditors to work two to three days per week remotely, depending on their role and the work that needs to be done. It has been another incentive that recruiters have added to lure accountants to state government service.

“We looked at the past year — what worked, what we were able to do, and what this can look like going forward,” said Christy Behnke, talent manager on the human resources team at the agency.

The 560-person office employs more than 300 auditors who, under state law, audit both state and local government agencies across Tennessee. Those audits are subject to deadlines set by lawmakers, so when COVID-19 struck last year, they continued to work. The stability of state employment, Behnke said, is attractive to some job candidates.

The office also continued its practice of providing internships to accounting students through the pandemic. With some students losing private-sector internships last summer during the pandemic, Tennessee’s willingness to go ahead with internships was another differentiator.

Over the last three years or so, the office has ramped up its recruiting efforts. During a typical year, Behnke said, the office must fill 50 to 65 positions.

Her position was created specifically to help the organization compete more effectively for accounting talent.

“Leadership had the insight that the market was going to continue to be tough and challenging and we were going to really have to differentiate ourselves,” she said.

While finding people with the right skills for local government finance and accounting jobs can be tough, hiring someone who works remotely from another state is not common, at least not yet.

“We’re looking for CPAs who understand fund accounting,” said Carrie Kruse, CPA, CGMA, economic development administrator for Des Moines, Iowa. “That’s challenging, I think, to find across the Midwest. College students are very minimally exposed to fund accounting. Some have one class, if any, in government accounting.”

The CFO of the city of Boulder, Colo., Cheryl Pattelli, CPA, said it’s challenging to find candidates with the skills she needs, and then to recruit them to Boulder, a city with a high cost of living.

“We have a tax audit manager position that’s been vacant for quite a while,” she said.

“There’s a lot of great people in government finance in the Denver metro — actually all throughout the state of Colorado,” she said. “But getting them to actually move positions is really tough.”

Many employees have worked remotely through the pandemic, Pattelli said, but the city is considering a policy that would allow more flexible work arrangements — potentially including full-time remote work — even after COVID-19 restrictions are relaxed.

But, unlike the federal government, local and state governments are less likely to be open to hiring someone to work remotely in another state. Some local governments have residency requirements requiring employees to live within the jurisdiction or within a certain distance of it. State civil service regulations also sometimes impose restrictions.

“Being remote would put us at a competitive advantage as far as finding talent and working with talent from anywhere. At the local level, I think we’re always going to have the political reality of wanting public servants, who are the stewards of our taxpayer dollars, to be locally invested in the community and physically present in the community,” Kruse said.

“We report up to elected officials who live in the community,” she said. “It’s going to be hard to get away from those political realities of wanting your public servants to be local.”

Visit the Global Career Hub from AICPA & CIMA for help with finding a job or recruiting.

— Mark Tosczak is a freelance writer based in North Carolina. To comment on this article or to suggest an idea for another article, contact Chris Baysden, a JofA associate director, at [email protected].