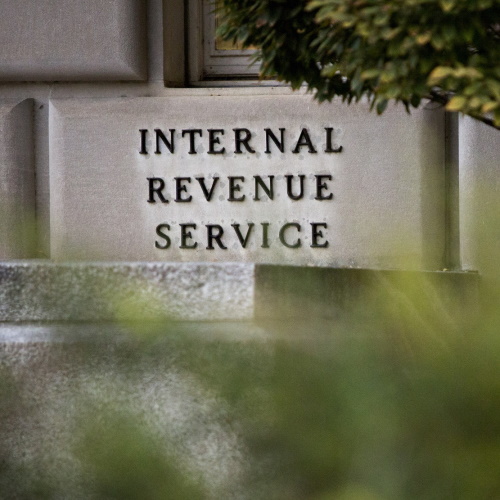 To help detect unreported income and narrow the gap between federal taxes collected and owed, the Biden administration has proposed expanding annual reporting requirements for banks and other financial institutions to include the total amounts of money flowing in and out of all business and personal accounts worth at least $600.

But the proposal, which is being considered by congressional Democrats as a way to offset some of the cost of Biden’s Build Back Better agenda, has been mischaracterized by several Republican critics who have falsely claimed or suggested that it would require the details of individual transactions or purchases to be reported to the IRS.

Here is a sampling:

“In effect, Washington liberals want to let the IRS leaf through Americans’ checking accounts as if everyone were a potential criminal or terrorist until proven otherwise. The IRS already knows how much you earn. Now they want to know exactly how you spend it.

“Is your monthly rent or mortgage payment more than $600? If Washington Democrats get their way, the government would get to know about it. Have your eye on a new rifle and equipment ahead of the next hunting season? The IRS would hear. Have a large balance sitting in your PayPal or Venmo account that you’d like to move to your checking account? Federal agents would see it.” — Senate Minority Leader Mitch McConnell, in an op-ed, Oct. 5

“A proposal from the Biden White House would require the IRS to be informed every time $600 or more is taken from your bank account. Buying a set of new tires? They want to know. Buying new school clothes and supplies for your kids? They want to know.” — Republican National Committee Rapid Response Director Tommy Pigott, in a blog post, Oct. 4

“I’ve gotten more letters in the last two weeks on one component of this, which is the issue of giving a whole new army of IRS agents to rifle through your checking account, to look at any check that you either deposit or write for over $600. This is an invasion of privacy.” — Sen. John Barrasso, on “Fox News Sunday,” Oct. 3

“Now Democrats want to spy on anything you buy that costs $600 or more. Government wants to know what you’re doing with your money.” — House Minority Leader Kevin McCarthy, in a press conference, Sept. 30

“Under this proposal, imagine, if you will, the IRS spying on your bank account for every transaction over $600. Imagine four tires — more than $600. So the IRS wants to know why you are spending $600 on tires. Imagine if your engine runs hot and you have to take your car in to get it checked — more than $600. Imagine trying to find the money, scraping the resources together just to be able to buy school clothes for your kids, and if you have a couple kids, a couple pairs of shoes, pants — dresses are up 18%. Imagine that $600 expense being taken out of your account, and the IRS is looking into your account to see what you are spending the money on.” — Sen. Tim Scott, in a Senate floor speech, Sept. 28

Such claims do not accurately portray what has been proposed.

In May, the Treasury Department published a document outlining several potential tax reforms it said “would raise revenue, improve tax administration, and make the tax system more equitable and efficient.”

One item on the list aims to improve tax compliance by businesses and wealthy individuals. It states:

Treasury Department, explanation of fiscal year 2022 revenue proposals, May 2021: This proposal would create a comprehensive financial account information reporting regime. Financial institutions would report data on financial accounts in an information return. The annual return will report gross inflows and outflows with a breakdown for physical cash, transactions with a foreign account, and transfers to and from another account with the same owner. This requirement would apply to all business and personal accounts from financial institutions, including bank, loan, and investment accounts, with the exception of accounts below a low de minimis gross flow threshold of $600 or fair market value of $600.

But administration officials say the proposal would not require the reporting of detailed information about individual transactions, as some opponents of the plan have warned.

Yellen has made that point several times, including in an exchange with Republican Sen. Cynthia Lummis during a Sept. 28 Senate hearing.

“Wyoming’s people literally will find alternatives to traditional banks just to thwart IRS access to their personal information, not because they’re trying to hide anything, but because they’re not willing to share everything,” said Lummis, who represents the state.

“My question is: Are you aware of how unnecessary this regulatory burden is? Do you distrust the American people so much that you need to know when they buy a couch or a cow?”

In response, Yellen said the senator apparently misunderstood what had been proposed.

“Sen. Lummis, I really disagree with the assessment that you have, and I think you misunderstand the proposal,” she said. “Banks already report directly to the IRS the interest that they pay on accounts when it exceeds $10. And this is not a proposal to provide detailed transaction-level data by banks to the IRS. It is a proposal to add two additional pieces of easily ascertained information onto the 1099-INT form that banks already file, namely the aggregate inflows into the account during the year and the aggregate outflows.”

Yellen said the additional information would help the IRS find “opaque sources of income” that the IRS does not know about for a class of partnerships, businesses and high-income individuals. “That’s where the tax gap is, not low-income people,” the secretary said.

In a Sept. 7 post, Natasha Sarin, the Treasury Department’s deputy assistant secretary for economic policy, wrote that while there is a 1% noncompliance rate for ordinary wage and salary income tax liability, noncompliance for partnership income, proprietorship income and rental income — which largely accrue to higher earners — can be as high as 55%.

“In fact, about half of the individual income tax gap accrues to income streams from proprietorships, partnerships, and S-corporations, where there is either little or no information available to the IRS to verify the veracity of tax filings,” Sarin said.

During the hearing, Yellen went on to say that the proposed $600 threshold was necessary to provide the IRS with “comprehensive information so that individuals can’t game the system” by having multiple accounts.

But Steven Rosenthal, a senior fellow with the Urban-Brookings Tax Policy Center, told FactCheck.org in an interview that he believes that the information the Biden administration wants to collect would ultimately be unhelpful to the IRS.

Rosenthal said he considers the GOP claims about the Biden proposal to be “deliberately misleading.”

“It’s not transaction by transaction for each one greater than $600. It’s just a total,” he said.

House and Senate Democrats are debating whether to incorporate the reporting requirement — or an amended version of it — in the reconciliation and infrastructure package that is being negotiated between progressive and moderate members of the party.

In a Sept. 15 article, the Wall Street Journal reported that, due to opposition from banks and credit unions, the proposal was not on a list of potential tax policy changes House Democrats released that week.

“I don’t think the issue is completely gone, but we were not ready to move forward on it,” Democratic Rep. Dan Kildee said at the time, according to the Journal.

However, the article noted that Rep. Richard Neal, chairman of the House Ways and Means Committee, said that he was still working with the administration on other reporting proposals. The story also mentioned that a Democratic Senate aide and a banking industry official said members of the Senate were working on a proposal with a higher threshold than the $600.

Then, in a Sept. 23 Bloomberg article, Neal was quoted saying that an agreement had been reached not to use the administration’s requested $600 threshold.

That was followed by a Sept. 27 article in which Bloomberg reported that congressional Democrats were mulling a plan that would require banks and other financial services to report information to the IRS on accounts with at least $10,000 in cash flows. The proposal would also exempt some transactions, such as direct deposits from payroll processors.

The Bloomberg stories quoted Neal saying that congressional staff members were looking at ways to address the concerns of lower-income taxpayers who worry they may be targeted.

We emailed Neal’s chief of staff to ask about the negotiations, but we did not receive a reply.

Editor’s note: FactCheck.org does not accept advertising. We rely on grants and individual donations from people like you. Please consider a donation. Credit card donations may be made through our “Donate” page. If you prefer to give by check, send to: FactCheck.org, Annenberg Public Policy Center, 202 S. 36th St., Philadelphia, PA 19104.