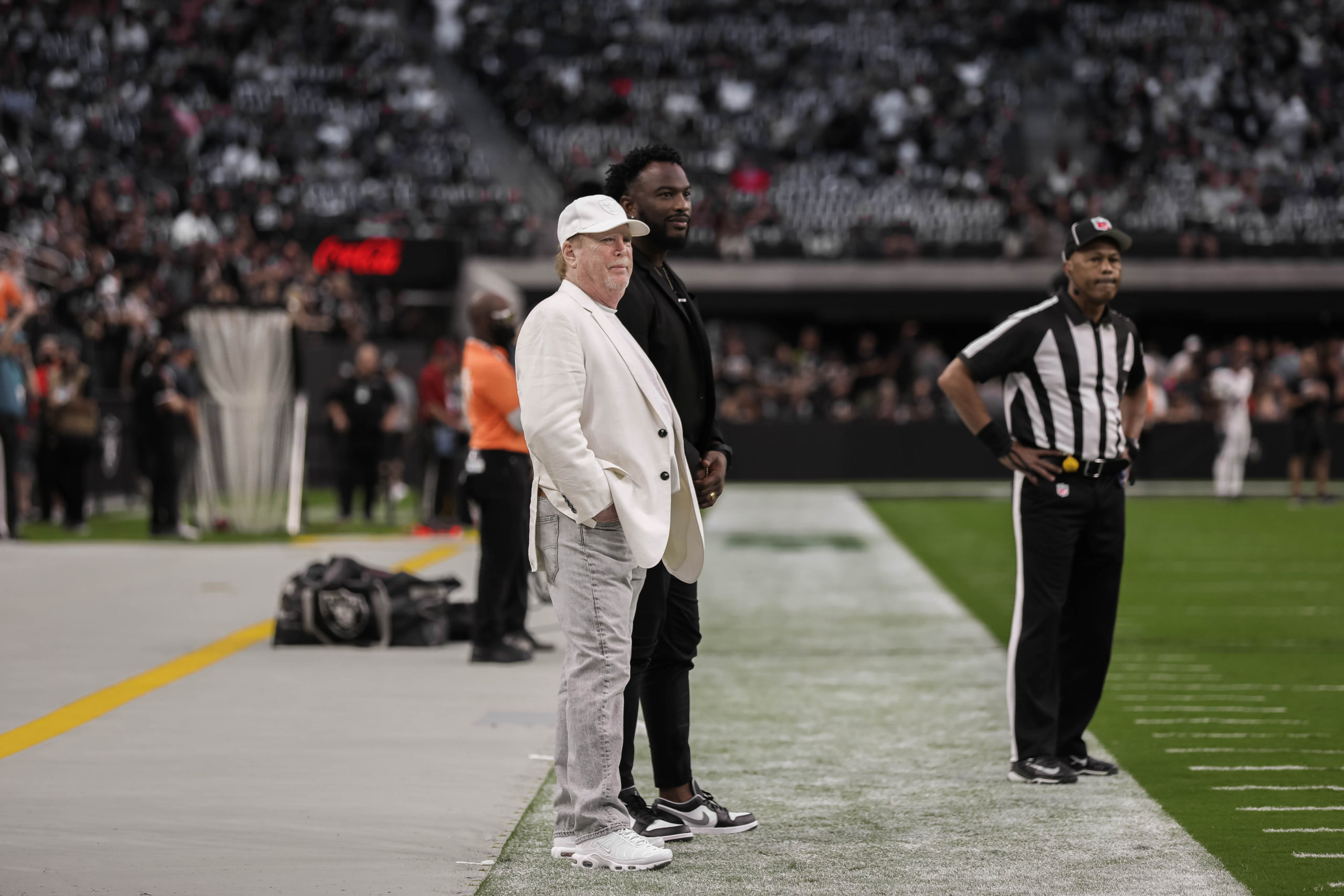 By Alan Snel of LVSportsBiz.com

The Athletic’s Vic Tafur quoted Davis as saying the accounting irregularities led to the resignations of Badain along with the chief financial officer and the controller. NBC’s Mike Florio wrapped it up here after “financial irregularities” were mentioned in August as reasons for Badain, the CFO and controller leaving this year:

“I think it’s pretty much clear now, or I don’t know if it is clear now, but it was pretty much accounting irregularities,” Davis said, via Tafur. “That’s why the CFO left, the controller left and the president left, that’s what it was.”

Davis was at the NFL owners meeting in New York City this week as the owners met in person for the first time since the COVID-pandemic took hold.

Davis, for the first time, spoke publicly this week about the resignation of former coach and close friend Jon Gruden, who quit Oct. 11 when ugly Gruden emails were revealed in published reports.

Davis was unhappy that the NFL apparently knew about Gruden’s emails months before, but the Raiders owner found out about the emails from a reporter Oct. 7.

It’s a timing issue.  That’s probably the disappointment that I had. … Well, the fact that they may have known about it a couple of months beforehand and didn’t let us know about that. We weren’t informed until, I guess it was that Thursday (Oct. 7), and we heard it from The Wall Street Journal initially. It was a rumor initially, they wouldn’t give us the email at the time, The Wall Street Journal wouldn’t. We spoke to the league later on that afternoon and by Friday (Oct. 8), they started giving us all the information, I spoke with the Commissioner and those things. But I believed if we’d have gotten the information earlier in the summer when they learned about it, it would’ve been a lot easier for everyone involved. — Raiders owner Mark Davis

It’s been a rough three months for Davis. Not only did he see his team president, Badain, resign abruptly in July, Davis then watched his Las Vegas Aces Oct. 8, lose to the Phoenix Mercury.  It knocked the Aces out of the playoffs after the WNBA team owned by Davis had high hopes of winning the league championship.

In July, Davis replaced Badain with Dan Ventrelle, who worked as the team’s general counsel.

Davis did enjoy August 14, when a ribbon-cutting was staged at the Raiders’ $2 billion stadium to mark the first Raiders game with fans inside Allegiant Stadium.

The Raiders’ inaugural season in Las Vegas at their palatial stadium had no fans inside the building because of the COVID-19 pandemic. Even Davis himself stayed away from Raiders home games in the stadium in 2020.

The fans were back inside Allegiant Stadium — but with a requirement. They needed to show proof of vaccination to get through the turnstiles. Davis lost some fans who received a refund or rolled over their season tickets to 2022. But the domed stadium has filled up to about 60,000 per Raiders home game this season so far.

The Raiders won their two games under Bisaccia, the interim head coach, and sport a 5-2 record atop the AFC West Division. They have a bye this week and return to action against the New York Giants on the road Nov. 7. The Raiders return to Allegiant Stadium Nov. 14 with a showdown against division rival Kansas City Chiefs.