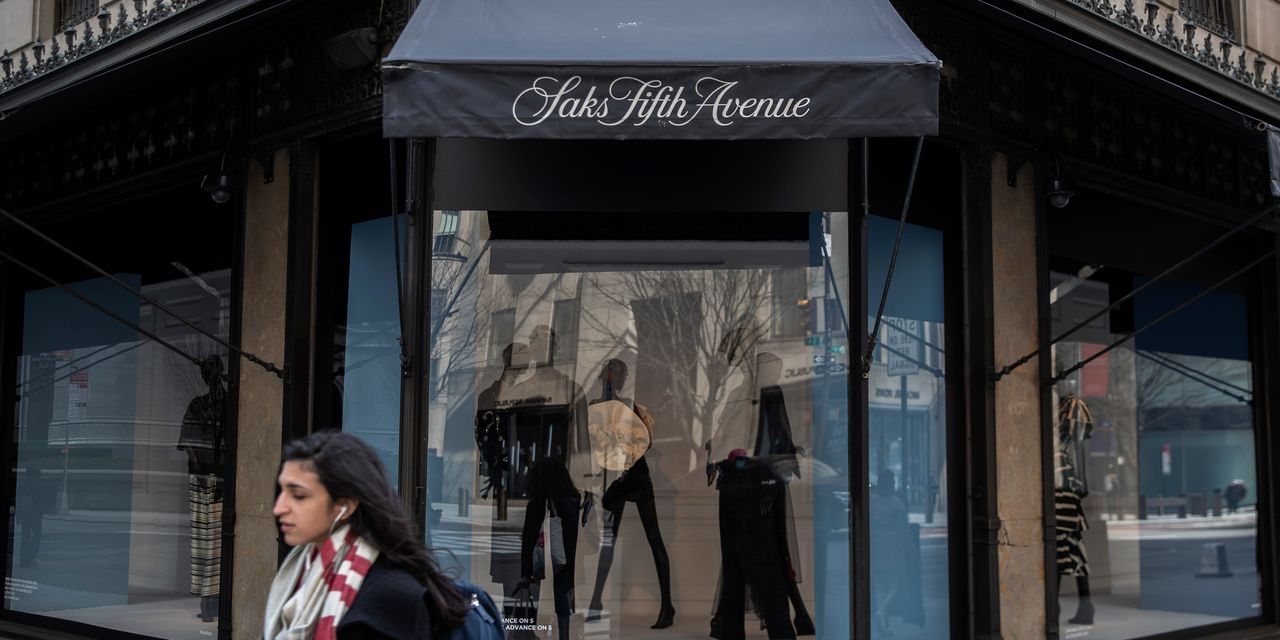 
The e-commerce business of luxury retailer Saks Fifth Avenue is aiming to go public with a valuation of $6 billion, a sign that the online boom is far from over for retailers and investors, The Wall Street Journal reported.

An IPO would follow a deal struck earlier this year that separated the e-commerce business from Saks’ bricks-and-mortar retail operations, according to the Journal’s report. The move, meant to help fuel the digital unit’s growth, prompted an activist investor to call for Macy’s to do the same last week.

“I think this is going to cause


Macy’s to consider a move that would be even faster with their own IPO of their e-commerce business,” Palandrani said. “I do also think this is just going to create sort of a tailwind for the overall retail space where we’re likely going to see a larger number of IPOs hitting the market, which are specifically geared toward e-commerce platforms.”

If Macy’s chooses to separate its e-commerce unit, its valuation will likely be much higher than Saks, he said, based on how big and profitable the retailer already is.

Macy’s did not respond to request for comment. Palandrani said the company’s reluctance to make the jump might be related to investor concern from those who are already investing in Macy’s bricks-and-mortar operations.

Also, the IPO process isn’t exactly easy, he said, and retailers are faced with increased competition. Those who are taking the step to separate e-commerce units have to get it right the first time.

Palandrani also said he expects companies that have strong e-commerce units will see higher profits this holiday season, while consumer demand still remains stronger than it was prepandemic.

This demand, along with Covid-19, has pushed major retailers like


Amazon.com (AMZN) also plans to open several large retail locations that will operate like department stores, part of an effort to expand its sales of clothing and household items.

Macy’s stock traded higher Thursday, up 17.51% to $28.25 a share. It’s still down 45% in the past five years compared with other online-only retailers such as Farfetch (FTCH) and Etsy (ETSY).

The valuations of those retailers have soared as well. Farfetch has a market value of around $14 billion.

“Macy’s e-commerce unit has about $8 billion in annual revenue so, clearly you’re talking about a potential IPO, much greater than $10 billion,” Palandrani said. “If you apply the multiple that you’re [banks] are giving to some e-commerce companies valuations, then you’re looking at something that could be a lot larger.”

Saks is interviewing potential underwriters this week for an initial public offering that could take place in the first half of 2022, according to the Journal. Its last valuation in March was $2 billion, three times less than its now $6 billion.