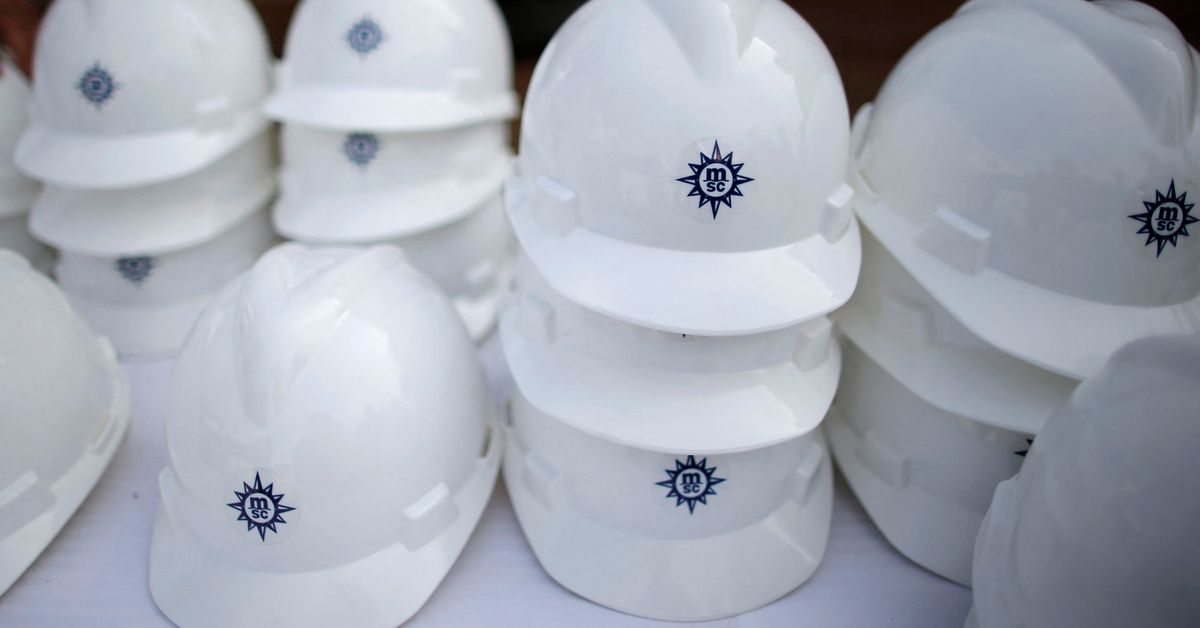 The MSC logo is pictured on working helmet during a press visit of the MSC Meraviglia class ship at the STX Les Chantiers de l’Atlantique shipyard site in Saint-Nazaire, France, September 2, 2016. REUTERS/Stephane Mahe

ROME, Jan 27 (Reuters) – Shipping company MSC, which has teamed up with Lufthansa (LHAG.DE)on a potential bid for Alitalia successor ITA Airways, wants a majority stake in the airline and to run the carrier itself, its chairman was quoted as saying on Thursday.

State-owned ITA, which has replaced cash-strapped Alitalia and started flying in October, has already been looking for equity partners. read more

On Monday MSC, controlled by the Aponte family, and Lufthansa said they were interested in ITA and had asked for a 90-day exclusivity period to study a deal. read more

“The main point is to have the majority of ITA Airways. (Lufthansa) can enter as a commercial partner or minority shareholder,” Gianluigi Aponte, founder and chairman of MSC, one of the world’s leading shipping companies, told Corriere della Sera.

He said MSC would want to manage ITA and would not be a “sleeping partner.”

Lufthansa has said it would use the exclusivity period to explore all the options for cooperation, “including a possible equity investment” in the Italian carrier.

An industry source said MSC could take on most of the effort needed for an ITA acquisition, should Lufthansa opt for a commercial role only.

In a separate report in daily Il Messaggero, Aponte was quoted as saying it was “likely” ITA could be worth up to 1.5 billion euros ($1.7 billion) and that MSC would verify the value as soon as it gained access to the necessary documents.

“We are ready, and the deal could be closed earlier, much earlier than the 90 days,” he was quoted as saying.

The Italian government was expected to give its green light to negotiations in the next few days, allowing ITA’s management to decide whether to enter exclusive talks with the two partners in the short term.

Geneva-headquartered MSC, which has freight and logistics and passenger divisions – with brands including MSC Mediterranean Shipping Company, MSC Cruises and Grandi Navi Veloci – aims to create synergies with ITA in the cargo and passengers businesses.

A deal between MSC and ITA could be transformational for the shipping group, the industry source said, adding the cargo operations of ITA could be expanded quickly along with its passenger business.

The Italian airline currently operates a fleet of 52 aircraft that is around less than half that of Alitalia’s original fleet and devotes only four jets to the cargo business. read more