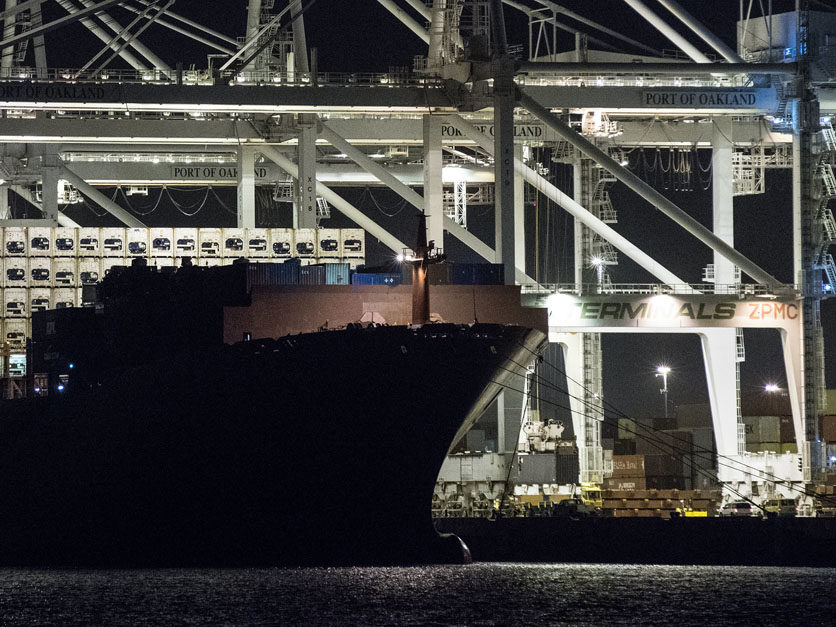 The Ocean Shipping Reform Act, a bill aimed at ending port bottlenecks for ag exports, was introduced in the Senate Thursday even as sponsors of a tougher House-passed version sought to ramp up pressure for its enactment.

Sens. Amy Klobuchar, D-Minn., and John Thune, R-S.D., are lead sponsors of the Senate version, which wouldn’t have as immediate an impact as the House legislation would. The House bill’s sponsors, John Garamendi, D-Calif., and Dusty Johnson, R-S.D., took the unusual step of offering that measure as an amendment to the House’s America COMPETES Act, a sweeping trade competitiveness bill that’s expected to pass this week. The House easily approved the amendment with a 367-59 vote Thursday evening.

The House OSRA bill passed in the House as a stand-alone measure in December. Hill aides tell Agri-Pulse that tying the measure to the America COMPETES Act – the House version of the Senate’s US Innovation and Competition Act of 2021 – is a means to get the shipping legislation out of Congress and onto President Joe Biden’s desk as soon as possible. The Senate easily approved its version of the competitiveness last year, 68-32.

While prospects for the Thune-Klobuchar version of OSRA are good in the Senate as a stand-alone bill, Hill and industry sources say it’s less clear whether it gets included in the larger competitiveness legislation.

“South Dakota producers expect that ocean carriers operate under fair and transparent rules,” said Thune in a statement. “Unfortunately, that is not always the case, and producers across America are paying the price.”

“The supply chain challenges that have beset American exporters pose significant difficulties for U.S. dairy producers, causing over $1.3 billion in export losses for our sector during the first three quarters of 2021,” said Jim Mulhern, president and CEO of the National Milk Producers Federation. “We greatly appreciate the leadership of Sens. Klobuchar and Thune to introduce legislation that will encourage many of the ocean carriers to stop unfair practices.”

But the Thune-Klobuchar bill does not go as far as the Johnson-Garamendi bill in preventing ocean carriers from refusing to carry U.S. pork, beef, almonds, hay, dairy, wine, citrus and other ag commodities.

Whereas the House version of OSRA specifically prohibits the refusal of ag exports, the Senate version instructs the Federal Maritime Commission to make new rules on the issue a year after the legislation becomes law.

Mike Durkin, president and CEO of Leprino Foods Co., is adamant that the House provision to stop carriers from refusing ag exports at U.S. ports.

“That needs to be in there,” Durkin said. “It can’t get watered down … If we don’t solve that, you’re kind of stuck where you are.”

The problem is that Chinese exporters are paying such exorbitant rates that carriers are rushing containers back to China empty rather than loading up with U.S. ag exports.

“Exporting an empty container is simply more valuable to ocean carriers than a container filled with (U.S.) agricultural products,” said John Porcari, the port envoy for the administration’s Supply Chain Disruptions Task Force, at a trade event hosted in Washington this week by Agri-Pulse.