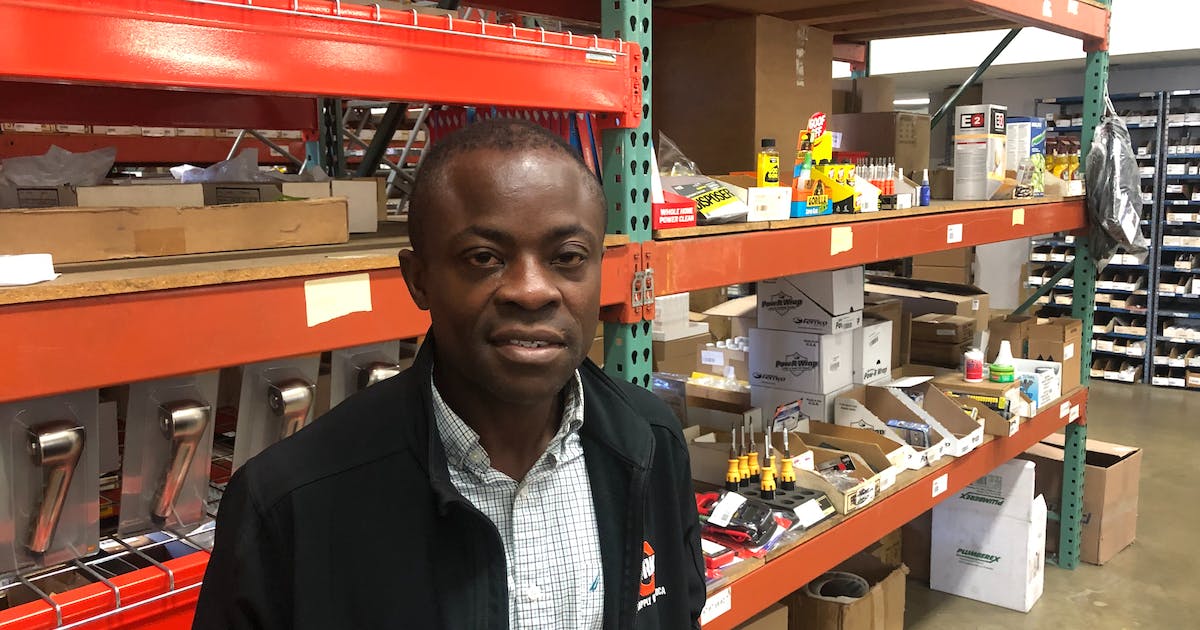 James Dada, a consultant hired by Park Supply in Minneapolis in 2017 to help improve performance, believed early this year he had turned around the company.

Debt at the wholesaler of plumbing parts had been cut in half. And Dada went from consultant to executive to, earlier this year, controlling owner of Park Supply.

But the company was also dealing with the failure of a significant customer. That firm stuck Park Supply with more than $1 million in unpaid receivables.

Recently, Park Supply’s lender, Sunrise Banks, moved to foreclose its line of credit, which could doom the business that’s been around since 1984.

“Sunrise chose not to renew the line of credit as promised by their banker, David Scott … our longtime banker,” Dada said in an interview.

Asked for comment, a spokesman for Sunrise pointed to a lawsuit filed last month against Park Supply. It claims that Park Supply failed to pay off its line of credit in May.

Dada said he had expected the credit line to be renewed and received assurances from Scott that it would be, until July when Sunrise sent a letter saying it would not.

Dada, 42, is a former New York deals lawyer and business strategist. He moved to Minneapolis several years ago, after his wife landed a local corporate job.

Dada took a$3,000-a-month consulting post after meeting Park Supply owner Brad Parkhill. Dada also got a small stake in the company. He said he knew the value of Park Supply would rise if business did.

Meanwhile, he and Parkhill took steps to improve the business.

Parkhill bought a nearby building at 2501 26th Av. S. that worked better as a distribution and retail center and is less expensive for Park Supply.

Dada refined inventory to ensure Park Supply sold only what makes money. And he retired about $2 million in debt, he said.

The pandemic eroded business last year, but the big challenge came from the collapse of that large customer. Even so, Dada continued to see potential and earlier this year bought a majority stake in the company from Parkhill. He says revenue should be around $10 million in 2021, up from $8 million last year, and expects to turn a profit.

But in March, Sunrise Bank demanded more collateral to secure the $3 million line of credit. It also wanted Park Supply to write down the value of more than $1 million in inventory associated with the large customer, a broker in the Philadelphia area, that went out of business.

Dada and Park Supply’s lawyer, Mark Hooley, told Sunrise the firm needed time. They prepared a plan to generate more cash to pay down the loan over 12 months and exit the Sunrise relationship.

This month, Sunrise sued Park Supply in Hennepin County District Court, declaring Parkhill in default on $2.2 million, including “default interest,” remaining on what was once a $3.7 million credit line. Sunrise asked a Hennepin County judge to appoint a receiver. That likely means sale or liquidation, short of a negotiated settlement.

Sunrise also alleged that Park Supply didn’t get the approval of the bank for Parkhill to sell a majority stake in Park Supply to Dada. Dada refutes that.

Dada, who is Black, said part of the plan to generate cash was to get Park Supply certified as a minority-owned enterprise, a status that could help it win business in certain types of construction and other projects.

“We believed that would help us attract business,” he said. “In fact, Mr. Scott introduced us to the people who would help us become a [certified] Minneapolis minority enterprise.”

The company just doesn’t have $2 million to pay off Sunrise.

“Under James and Brad, the loan amount has been paid down from $3.7 million to $2.1 million,” lawyer Hooley said. “We’ve had a company that’s gone through difficult times, and it has returned to profitability under James Dada.”

Hooley said the company has been a good customer for Sunrise and has paid about $1.5 million in interest to it since 2007. “Sunrise is a socially active, mission-driven bank. This is an opportunity for Sunrise to live up to its mission,” he said.

The Sunrise Bank spokesman sent a written statement that said: “Our partnership with the community is important to Sunrise. While there has been no resolution identified yet, we would like a positive solution to this situation.”

That would be a good thing. There’s been enough small businesses busted lately.