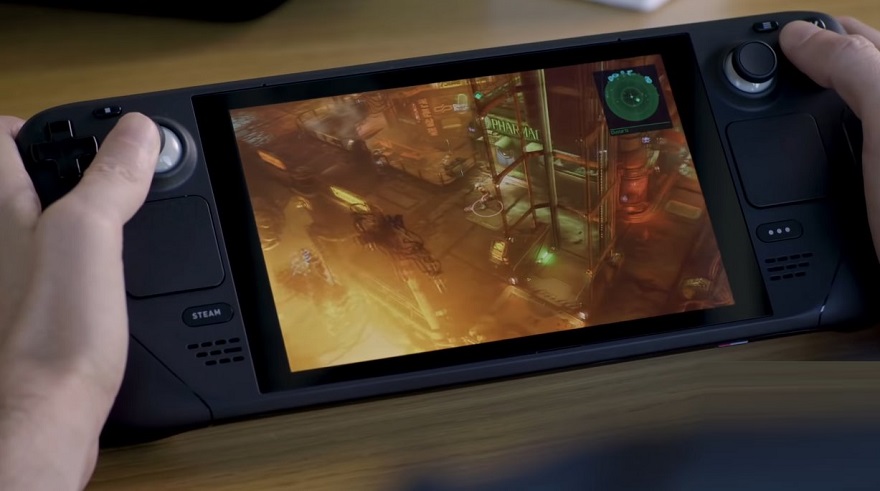 Announced last summer, the Steam Deck has very quickly gained a lot of attention. Particularly so since Valve claims that although being a handheld device, it will offer levels of gaming performance comparable to a full-blown PC system. Now, admittedly, for as fancy as this sounds, some compromises have probably been made here and there. Having the ability to both access and play your entire Steam library while on the go, however… You can see why this has been amazingly popular with consumers with pre-orders literally mobbing their website ever since it was launched.

Following delays and the continued global chipset shortage, however, it was more than a little unclear as to when those who placed their early pre-orders could expect their Steam Deck systems to arrive. Well, following an official announcement, Valve has confirmed that it will officially start shipping on February 25th with them likely set to arrive with customers on or after February 28th. – Yes, the Steam Deck is very nearly here!

As part of the announcement (which you can check out in full here), Valve has said:

Hello, the day is almost here! On February 25th, we will be sending out the first batch of order emails to reservation holders. Customers will have 3 days (72 hours) from receipt of their order email to make their purchase, before their reservation is released to the next person in the queue. The first units will be on their way to customers starting the 28th, and we plan to release new order email batches on a weekly cadence.

In addition, we’re sending out press units for full review shortly. Press review embargo on Steam Deck coverage will lift on February 25th, but keep an eye out for some preview coverage and impressions before that. In the meantime we’re working to tie up the last few loose ends and polish some rough edges, and are excited to get these out to you at the end of next month!

Additional details for the curious:

-We will start sending invites shortly after 10:00 am on February 25th, PST

-Order emails are sent in the same order that reservations were made.

-You can only order the Steam Deck model that you originally reserved.

-Your reservation deposit will be applied to the final price of Steam Deck, and shipping costs are included.

Presumably acting on some kind of ‘first come first served’ basis, those who got their pre-orders in the fastest will receive an email on the 25th of February. This will not only contain information on how to fully confirm your order and arrange the shipment of your Steam Deck but also, of course, the requirement to make the full final payment for the system (it only took a relatively small deposit to get your name down as a pre-order).

As above though, if you were not super fast in getting your pre-order in place, the chances seem more than a little likely that you will not be getting an email on that date. Just in case though, be sure to keep an eye on your inbox and maybe even your ‘junk’ section, because we suspect that you’d regret missing out on this!

What do you think? – Let us know in the comments!