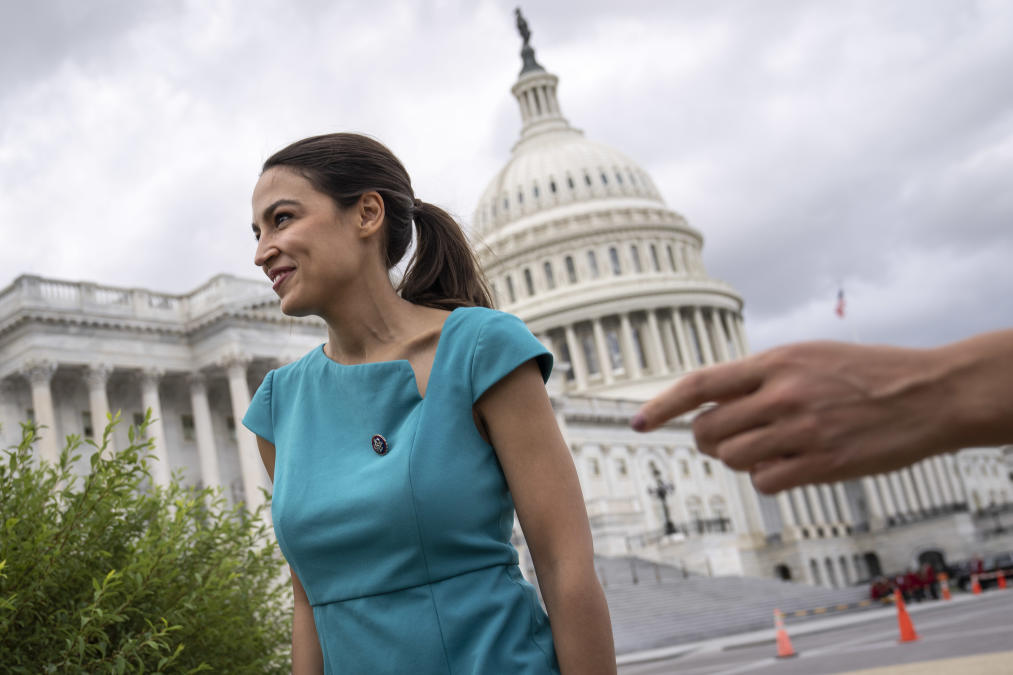 In the days since Justice Stephen Breyer announced his retirement from the Supreme Court, much of the focus on his replacement has centered around the race and gender of his replacement.

President Joe Biden has repeatedly promised that his nominee “will be the first Black woman ever nominated to the United States Supreme Court.”

But in a new interview for Influencers with Andy Serwer, U.S. Rep. Alexandria Ocasio-Cortez described identity as “just the starting step when we are discussing a Supreme Court justice.” Ocasio-Cortez wants to focus on other questions, notably: “What is going to be that nominee’s worldview?”

For example, she said, she’d like to know a candidate’s position on voting rights or on Citizens United v. FEC, the landmark 2010 Supreme Court case that allowed outside groups to spend unlimited funds on elections. Ocasio-Cortez, perhaps the most well-known liberal member of Congress, signaled she will have questions around big business interests and the high court.

On the last point, some left-leaning voices in recent days have tried to elevate the relationship between big business and the Supreme Court as an issue in the upcoming nomination fight.

The author Matt Stoller, who’s focused on monopoly power, and former Bernie Sanders senior adviser David Sirota contend that Breyer has been overly deferential to big business, citing his concurrence on antitrust cases over the decades that have favored the consolidation of corporate power.

“It’s not enough to merely get an appointee who checks some important demographic boxes,” Sirota wrote last week. “This moment begs for a jurist whose life experience and record shows a commitment to prioritizing American workers and the environment.”

Academics have noted that the Supreme Court overseen by Chief Justice John Roberts in recent years has been one of the most business friendly ever. And it has been bipartisan with “the left and right side of the bench favoring business at levels unprecedented in the last 70 years,” according to a 2017 article in the Washington University Journal of Law and Policy.

AOC, as she is widely known, is in just her second term in Congress. However, she has become a widely quoted figure on all facets of Democratic politics ever since upsetting a 10-term incumbent in 2018 and at the age of 29 becoming the youngest woman to serve in the U.S. Congress.

In an interview with CNN in June, when asked if Breyer should retire, Ocasio-Cortez said she was “inclined to say yes.” She won’t have a direct vote on whoever Biden nominates in the weeks ahead, though.

At the moment, many of the Senators who do — including more liberal members of the Senate Judiciary committee — have so far celebrated and focused on Biden’s pledge to bring more racial and gender diversity to the court.

Ketanji Brown Jackson, who serves U.S. Court of Appeals for the District of Columbia Circuit and once clerked for Breyer, has frequently come up as a possible replacement.

Other names on the reported short list include California Supreme Court Justice Leondra Kruger, who has argued issues like employment discrimination laws before the U.S. Supreme Court in the past.

South Carolina U.S. District Judge J. Michelle Childs has also been pushed hard by powerful Rep. James Clyburn (D-SC) largely based on the argument that she has blue collar roots. “One of the things we have to be very, very careful of as Democrats is being painted with that elitist brush,” Clyburn told The New York Times last year. Childs was also praised Sunday by Sen. Lindsey Graham (R-SC), who called her her an “awesome person.”

“I don’t want to put the finger on the scale for any one of the nominees,” Durbin added.

Ocasio-Cortez, for her part, seems primed to draw at least some focus towards the business record of the next nominee in the weeks ahead. “These are central questions about our democracy,” she noted, “both in the financial capture of our democracy, but also the racial injustice of, and erosion of, our democracy as well.”

Ben Werschkul is a writer and producer for Yahoo Finance in Washington, DC.