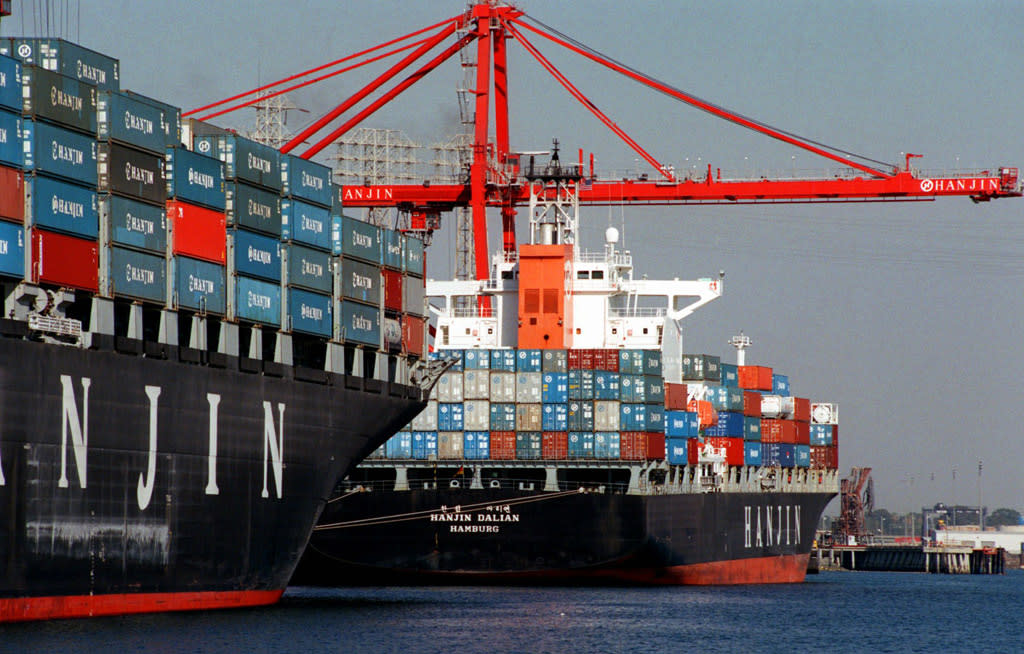 Supply chain – two words everyone in the business world can’t escape these days. Long port delays, price gouging, and a lack of access to equipment to move products at the port have translated into empty store shelves and much higher prices at the cash register, spurring inflation to historic levels.

For the American Apparel & Footwear Association (AAFA), fixing the supply chain starts with addressing the shipping crisis at America’s ports. AAFA’s SVP of policy Nate Herman told FN that the organization’s top priority for 2022 is getting the Ocean Shipping Reform Act passed in Congress.

“The legislation places more oversight of the ocean carriers that are charging unreasonable and unsustainable prices which are being passed on to American businesses and consumers,” Herman said. “The passage of this legislation is a major priority, especially in light of the fact that the labor contract for the West Coast ports expires at the beginning of July.”

The bill also requires the Federal Maritime Commission (FMC) to establish and enforce rules to respond to breaches of contracts and address excessive and unjust detention and demurrage fees.

Herman noted that the bill passed with bi-partisan support in the U.S. House of Representatives in December, and again earlier this month as part of an amendment added to the American COMPETES Act. The bill now awaits a vote in the U.S. Senate.

“We’re happy that the Biden Administration is paying attention to the issue, but we don’t think that their efforts are really moving the needle,” Herman said. “We still have close to 100 ships waiting outside the ports of LA and Long Beach. Even when the ships get into ports, we have trouble getting the cargo and it sits on the docks because we can’t access it. We can’t even return our empty containers. All the problems that have existed over the last year and a half are still in place. And so, we need a real effort to address these issues.”

Herman also told FN that the immediate elimination and refund of Section 301 tariffs on U.S. imports from China as well as renewing the Generalized System of Preferences (GSP) and the Miscellaneous Tariff Bill (MTB) trade preference programs can help curb the surging prices being charged at the ports.

“Inflationary price increases for apparel and footwear are truly unprecedented, after 20-plus years of deflation in the apparel and footwear market,” he said. “This is a direct result of unnecessary tariffs and the worsening shipping crisis. What we really need is to bring all the stakeholders to the table – the carriers, the truckers, the ports, the terminals, the shippers – so that we can reach a real resolution.”